Kolkata metro: India's first underwater metro tunnel build up in Kolkata, is to be ready by 2023 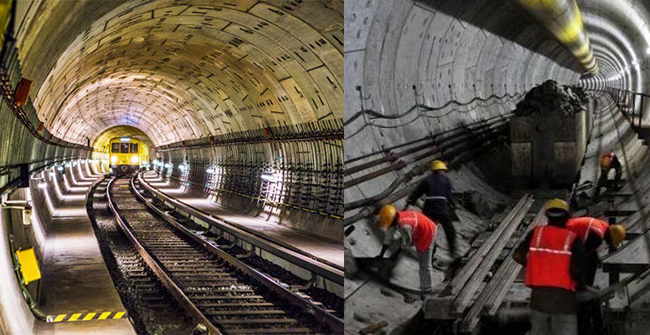 Kolkata metro: India's first underwater metro tunnel build up in Kolkata, is to be ready by 2023

India's first underwater metro tunnel is being constructed in Kolkata under the Hooghly River and is expected to be functional by 2023. Kolkata Metro Rail Corporation (KMRCL) is building the corridor to establish better connectivity between Howrah and Kolkata.

Speaking about the safety measures of the underwater tunnel, site supervisor Mithun Ghosh told news agency ANI that there would be walkways in the tunnels for evacuation of passengers in case of emergency.

“Important passagework has also been done. If a technical problem arises inside the water tunnel area, passengers can be taken out through the special passage,” Ghosh said.

He added that almost 80 percent of the work of the East-West Howrah Metro station in Kolkata has been completed and that the tunnel is expected to be functional by 2023.

“The station is being built under the Hooghly River at a depth of 33 meters. 80 percent of work has been completed while 20 percent is yet to be finished. It will start functioning by 2023,” said Ghosh.

According to National Herald, Tunnel Boring Machines (TBM) had to be imported from Switzerland by Shapoorji Pallonji for the construction of this corridor.

The East-West corridor was cleared by the UPA government in 2006-07. At that time, the project cost was Rs 4,874 crore and it was expected to be operational by August 2022. By then the expenditure was projected to reach Rs 8,575 crore. Work, however, got delayed because of the pandemic.