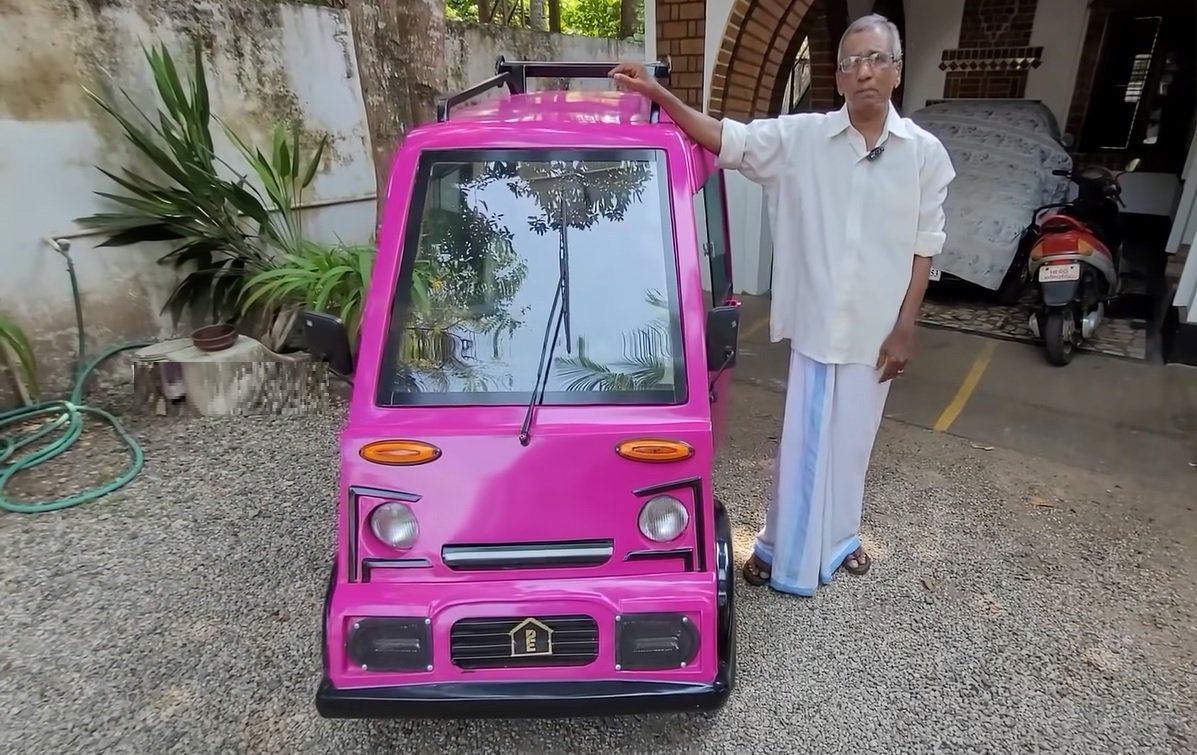 It was in 2018 when he seriously began to think about making an EV by himself, from the scratch. Antony John has named the car 'Pulkoodu' after his house name and it can easily carry two people. The body of the car was built in a garage, but all the wiring was done by Antony John himself. The car also has a headlight, fog light indicator, and front and back wipers. For running 60km, the car uses up to 1 unit of electricity which costs ₹5, to fully charge an electric car.

Electric vehicle retail sales in the country witnessed over a three-fold jump the last fiscal with two-wheeler offtake leading the segment, according to data compiled by automobile dealers' body FADA.

Total EV sales had stood at 1,68,300 units in 2019-20 fiscal, it noted. According to the Federation of Automobile Dealers Associations (FADA), electric passenger vehicle retail sales stood at 17,802 during the last fiscal, up over three-fold from 4,984 units in FY21.

Home-grown auto major Tata Motors led the segment with retails of 15,198 units and a market share of 85.37 percent in the vertical. The Mumbai-based company's retail sales stood at 3,523 units in 2020-21.

MG Motor India settled into second place with sales of 2,045 units last fiscal with a market share of 11.49 percent.