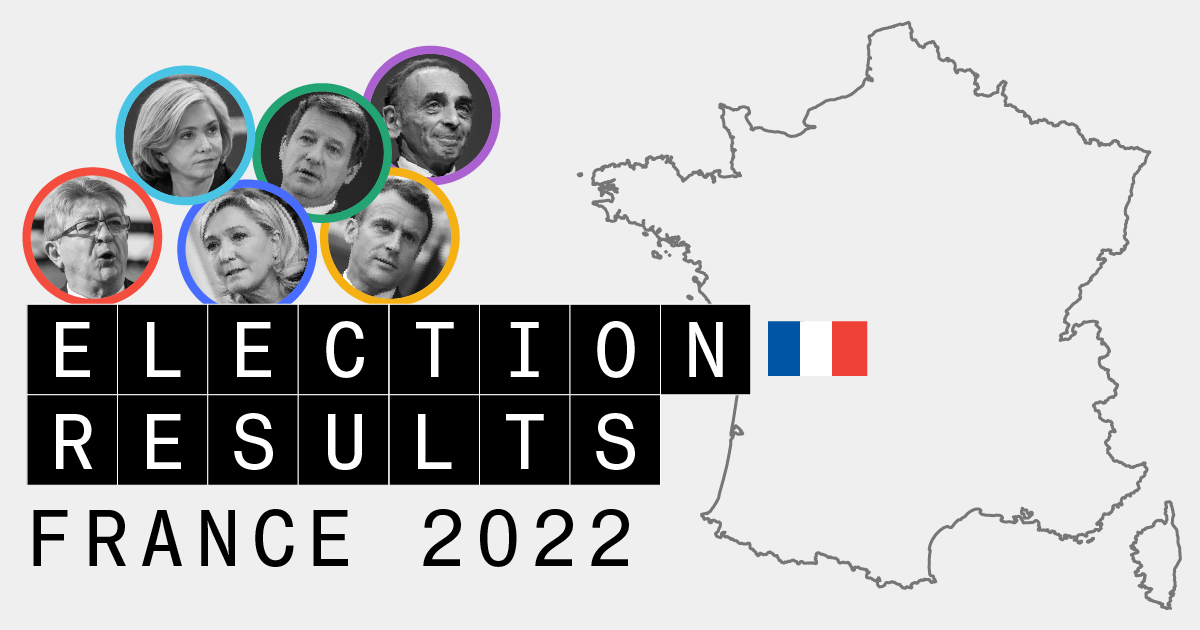 President Emmanuel Macron and far-right rival Marine Le Pen will battle for the presidency in a repeat of their 2017 run-off, but the results of the first round show changing dynamics in French politics and society.

Here are five things that we learnt from the election, which was a devastating disappointment for some of Macron's rivals but also has uncomfortable aspects for the president despite polls giving him an edge for the second round on April 24.

For a president who is just 44-years-old and who came to office in 2017 as France's youngest modern leader, it is striking that Macron lagged among young voters on Sunday.

Over a third -- 34.8-36 per cent -- of people aged 18 to 24 voted for far-left third placed candidate Jean-Luc Melenchon in the first round, with just 21-24.3 percent backing Macron, according to surveys by Harris Interactive and Ifop.

Among the 25-34 age group, he fared even worse, with just 19.3-21 per cent backing the incumbent, behind both Le Pen and Melenchon.

"It's a generational phenomenon," the head of Macron's party in parliament, Christophe Castaner, told BFM television, adding that he hoped young people would be "mobilised" by environmental issues.

The first-round electoral map of France shows glaring geographical splits, with Le Pen coming out on top in the industrial north of the country and on the Mediterranean coast, where the far right counts on support from many so-called "pied-noirs" born in Algeria under colonial rule and their families.

Macron by contrast came out on top in a swathe of territory in the relatively affluent west of France as well as the centre and eastern regions on the Swiss and German borders.

Melenchon was the leading candidate in several areas in Paris and its region, and in French overseas territories in the Caribbean.

In a nod to the need to find new reservoirs of support in the second round, Macron on Sunday visited Denain, a small town in France's northern rust belt, where he came only third on Sunday behind Le Pen and Melenchon.

Melenchon finished just over a percentage point behind Le Pen in the final reckoning, after a late surge in the final days of campaigning.

This prompted some to wonder what might have happened if the French left had rallied behind Melenchon as the most successful candidate, instead of having a plethora of other leftist candidates.

Socialist Anne Hidalgo, Green Yannick Jadot and Communist Fabien Roussel all won less than five percent on Sunday, but if those votes had gone instead to Melenchon, he might have reached the second round instead of Le Pen.

"We felt an expectation of a left-wing alliance but they could not, due to their egos or lack of forward thinking," former Socialist presidential candidate Segolene Royal told BFM.

"If they had pulled out then Jean-Luc Melenchon would be in the third round," she said.