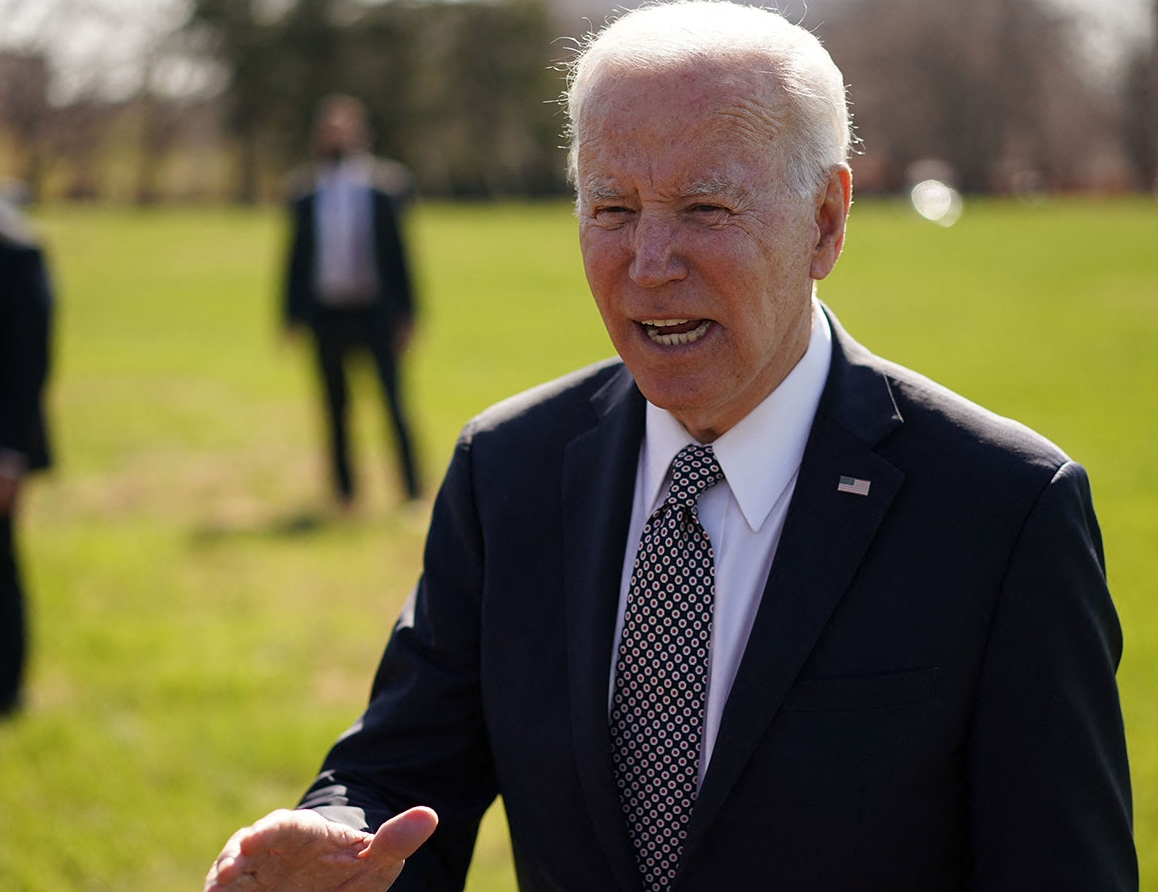 US President Joe Biden again has condemned his Russian counterpart Vladimir Putin as a “war criminal”, saying that a “war crimes trial” could be held as global outrage grows over atrocities committed against civilians in the Ukrainian town of Bucha. Speaking to reporters on Monday, Biden said he is seeking additional sanctions against Russia in light of reports of massacres in Bucha, on the outskirts of the capital Kyiv.

Photos of corpses lining the streets of the town, which had been under Russian control, have sparked international condemnation and calls for a credible investigation.

“You may remember I got criticized for calling Putin a war criminal,” Biden said. “Well, the truth of the matter, we saw it happen in Bucha … he is a war criminal.”

Biden labelled Putin a “war criminal” last month, drawing a rebuke from the Kremlin and a warning that ties between Russia and the United States were on the verge of “rupture“.

Other US officials and agencies also have accused Russia of war crimes, and the US Department of State made a formal determination that abuses had been committed by some Russian forces in Ukraine.

On Monday, Biden suggested that Washington is seeking to hold a war crimes trial for alleged violations committed during the war.

“This guy is brutal and what’s happening in Bucha is outrageous and everyone’s seen it.”

It is not clear how a US-backed trial could be held. The US is not a party to the Rome Statute that established the International Criminal Court (ICC). Washington has also previously denounced the court for seeking to investigate alleged war crimes in Israel and the occupied Palestinian Territories, and Afghanistan.

“Experts at the Ministry of Defence have identified signs of video fakes and various fakes,” Kremlin Spokesman Dmitry Peskov said on Monday without elaborating. “We would demand that many international leaders do not rush to sweeping accusations and at least listen to our arguments.”

“The images we have seen and reports we have heard suggest these atrocities are not the act of a rogue soldier; they are part of a broader, troubling campaign,” Price told reporters. He said Washington is backing a “multinational team” of investigators collecting and preserving evidence of war crimes at the request of Ukraine’s prosecutor general.