Shanghai allows 4 million out of homes as Covid rules ease 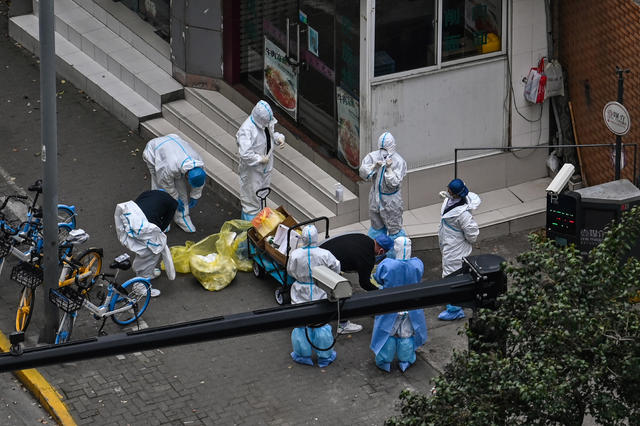 Shanghai allows 4 million out of homes as Covid rules ease

Shanghai allowed 4 million more people out of their homes Wednesday as anti-virus controls that shut down China’s biggest city eased, while the International Monetary Fund cut its forecast for Chinese economic growth and warned the global flow of industrial goods might be disrupted.

A total of almost 12 million people in the city of 25 million are allowed to go outdoors following the first round of easing last week, health official Wu Ganyu said at a news conference. Wu said the virus was “under effective control” for the first time in some parts of the city.

Under the latest changes, more than 4 million people are included in areas where the status shifted from closed to controlled, Wu said. He said some are not allowed to leave their neighborhoods and large gatherings are prohibited.

Meanwhile, the IMF reduced its forecast for Chinese growth this year to 4.4 percent from 4.8 percent due to the shutdowns in Shanghai and other industrial centers. That is down by almost half from last year’s 8.1 percent growth and below the ruling Communist Party’s target of 5.5 percent.

China’s case numbers in its latest infection surge are relatively low, but the ruling party is enforcing a “zero-Covid” strategy that has shut down major cities to isolate every case.