U.S., U.K., Australia to work together on hypersonic missiles 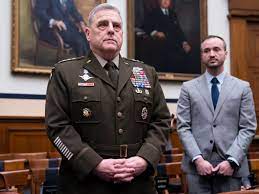 U.S., U.K., Australia to work together on hypersonic missiles

The United States, United Kingdom, and Australia announced Tuesday they will work together via the recently created security alliance known as AUKUS to develop hypersonic missiles.

The move comes amid rising concern by the U.S. and allies about China’s growing military assertiveness in the Pacific. U.S. President Joe Biden, British Prime Minister Boris Johnson, and Australian Prime Minister Scott Morrison announced the plan after holding a check-in on the progress of AUKUS, the Indo-Pacific alliance that was launched by the three countries in September.

The leaders said in a joint statement they are “committed today to commence new trilateral cooperation on hypersonics and counter-hypersonics, and electronic warfare capabilities, as well as to expand information sharing and to deepen cooperation on defense innovation.”

The U.S., Russia, and China have all looked to further develop hypersonic missiles — a system so fast that it cannot be intercepted by any current missile defense system.

In October, Gen. Mark Milley, the chairman of the Joint Chiefs of Staff, confirmed that China had conducted a test of a hypersonic weapon system as part of its aggressive effort to advance in space and military technologies.

Milley described the Chinese test as a “very significant event of a test of a hypersonic weapon system, and it is very concerning,” in a Bloomberg Television interview.