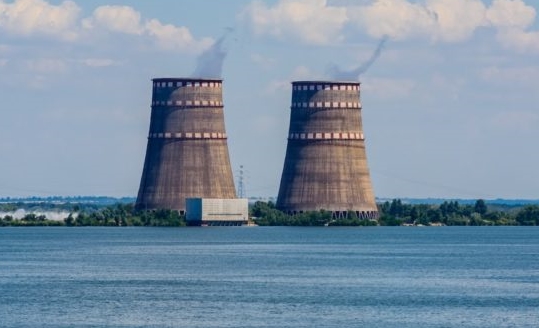 Russian forces have laid siege to Europe’s largest nuclear power plant, in the southeastern Ukrainian city of Zaporizhian, causing a fire to break out on-site and widespread alarm to ripple around the world.

Social media lit up with panicked speculation in the early hours of Friday as more than 95,000 people tuned in to a CCTV Livestream of the Zaporizhian plant, which showed a flaming building and, at one point, tracer rounds being fired from an unknown source.

Social media users, news outlets, and officials spread unverified claims about the severity of the incident, including suggestions that there were worryingly elevated levels of radiation and that one of the plant’s main reactors was on fire.

Much of the alarm seemed to stem from a tweet by Ukraine’s Minister of Foreign Affairs, Dmytro Kuleba, who said that if Zaporizhzhia blew up the explosion would be 10 times larger than Chernobyl—a claim that was later disputed by a number of experts.

Other reports out of Ukraine raised similar concerns that the incident could lead to a continental catastrophe.

“We demand that they stop the heavy weapons fire,” Andriy Tuz, spokesperson for the plant in Enerhodar, said in a video posted on Telegram. “There is a real threat of nuclear danger in the biggest atomic energy station in Europe.”

Ukrainian President Volodymyr Zelenskyy meanwhile said he had informed the leaders of the U.S., the UK, the European Union, and the IAEA about the threat of nuclear disaster.

“If there is an explosion—that’s the end for everyone,” Zelenskyy said in an emotional speech uploaded to social media. “The end for Europe. The evacuation of Europe.”

“Only urgent action by Europe can stop the Russian troops,” he added. “Do not allow the death of Europe from a catastrophe at a nuclear power station.”

But some commentators suggested that the Ukrainian president’s claims were overblown and misleading.

“This is false. Zaporizhian does not risk a ‘nuclear radiation catastrophe.’ If it did, he would've ordered it off,” said Mark Nelson, a Cambridge graduate in nuclear engineering.