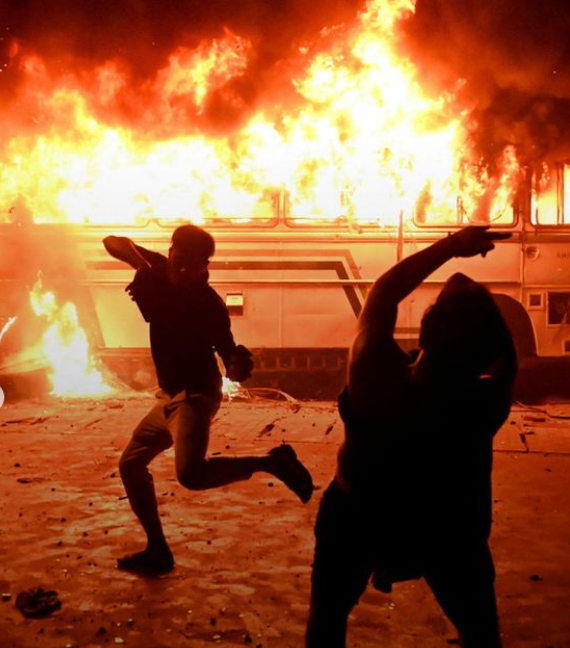 They call him a “thief”, a “lunatic” and a “fail.” And they want him to “go home.” The people of Sri Lanka are pissed with their government – and they’re not backing down.

The South Asian island nation of 22 million has been grappling with a foreign exchange crisis and acute shortages of basic necessities for months. Tensions have been simmering as queues for food and fuel lead to deaths. Power cuts go on for several hours a day, crippling many facilities including hospitals.

Gotabaya Rajapaksa and his family are the most powerful political dynasty in Sri Lanka and have held top political seats for nearly two decades. Calls for his resignation expose a long, chequered history of corruption, mishandling of food and agricultural policies, and debt restructuring, among others.

In the last several days, hundreds of thousands defied curfew and state of emergency – which gives the army the authority to arrest civilians.

On Tuesday, a freshly appointed finance minister also announced he was quitting the job, less than 24 hours after accepting the post.

Ali Sabry, a close ally of President Rajapaksa, said he would give up his parliament seat for someone outside politics who might be "suitable to handle the situation".

Meanwhile, anti-government protests continued on Tuesday in major cities across the country.

"People can't afford their daily rice, their dhal, their basic necessities. People can't get on buses to come to work, to go to school,"

"How much worse can it get? There's no petrol, there's no diesel, kids can't sit their exams because there's no paper," said another.

In the past days, demonstrations calling for the resignation of the president have picked up momentum.